On a rainy evening in April 1976 a group of forty one hunters, fishermen, and others interested in the conservation of our wildlife resources met at the former American Legion hall on Church Street. Many of those present were former members of Stockbridge Fish and Game Club or the old Stockbridge Sportsmen’s Club, which had been defunct for more than a decade.

While the main objective of the earlier groups had been social meetings, the organizers of the meeting that night unveiled a much more ambitious program. First and foremost would be the acquisition of property where a clubhouse and various shooting ranges could be located. A secondary, yet somehow very important consideration was the goal of having Echo Lake (Averic Lake), the Town reservoir, opened for an ice fishing derby one day each year.

Although the pessimists at that first meeting vociferously doubted the possibility of either of those projects reaching fruition, there was enough support to encourage the organizers to proceed. And so the Stockbridge Sportsmen’s Club was reborn to a new era here in the heart of the Berkshire Hills.

The first group of officers and board members included many well known Stockbridge residents: J. Martin Salvadore, Gary Johnston, John Decker, Tom Barnes, Edward Slosek, Francis Brazie, Raymond Whalen, Bill Williams, Jim Kiley and George Schneyer II. While a search committee scoured the town for a suitable piece of land, fund raising projects were instituted in the form of membership dues, raffles, dinners and fishing derbies. It soon became apparent that fast action would be necessary if there was to be any hope of finding property that would offer the necessary requirements of ample size in an unobtrusive location and at an affordable price. Finally a piece was found that seemed to meet the club’s needs. Forty acres on West Stockbridge Mountain had been taken by the Commonwealth during construction of the Massachusetts Turnpike and subsequently forgotten by the state. The club’s attorney had to perform a title search to prove to the powers-that-be that the state did indeed own the property. What followed was a nightmare of red tape, unraveled only through the persistence of the officers of the club and the assistance of our state senators, Jack Fitzpatrick and Peter Webber. The day finally came in October 1982 when the Stockbridge Sportsmen’s Club, Inc. presented a check for $20,177 to the Commonwealth of Massachusetts in exchange for the land. They were on their way.

If fund raising had been a large part of the focus of the club’s activities prior to the land purchase, it would only double as they sensed the reality of that first goal. The timber on the property was sold; and then, as the land was cleared for building sites and range areas, the resulting firewood was also sold. In one year, using all volunteer labor and donated equipment, over ten thousand dollars worth of firewood was cut, split, and delivered. Throughout this time, membership continued to increase until over three hundred individuals from Stockbridge, the surrounding towns of the Berkshires, and beyond were listed on the roster. With the treasury growing steadily, the time came when the members voted to start building the long awaited clubhouse. At about that time the Buckhorn Archers, a highly regarded archery club, was invited to affiliate with the Stockbridge Sportsmen’s Club. With this combined workforce, construction was begun.

Three years and thousands of hours of donated labor later, the club proudly displayed a log building forty feet wide and one hundred feet long, complete with a twenty yard archery range and meeting room on the lower level and an upper floor boasting a banquet hall capable of seating 250 diners. A skeet layout, pistol range, and an outdoor archery trail with twenty eight stations provide recreation opportunities and safe areas for improving the shooting skills of the members and their guests. All this was made possible through the incredible cooperation of the local business community and the hard work and dedicated leadership of the club members, who had a dream in 1976 and never gave up on the arduous task of bringing that dream to reality. 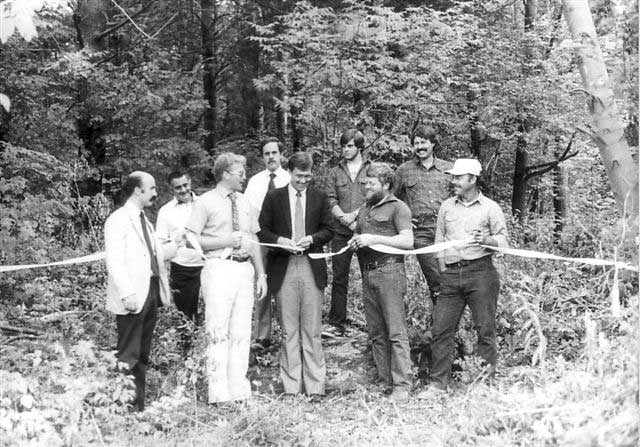 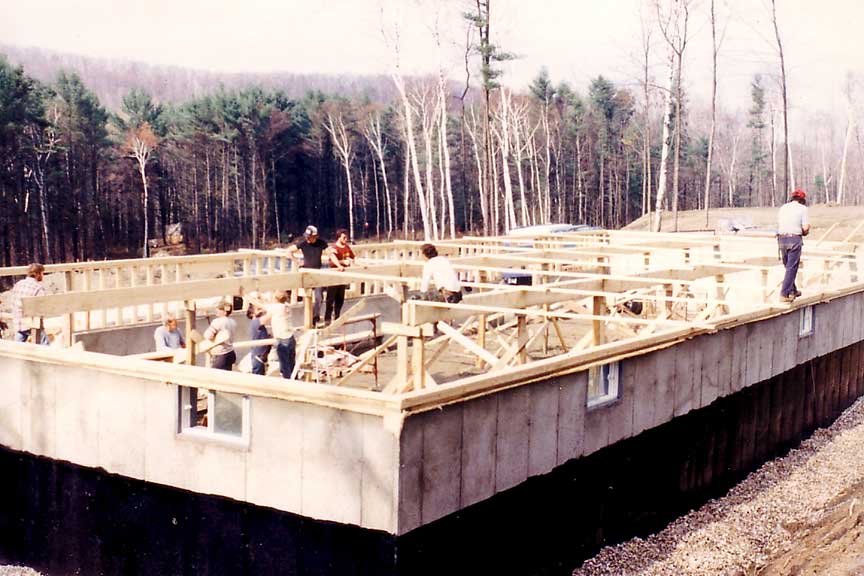 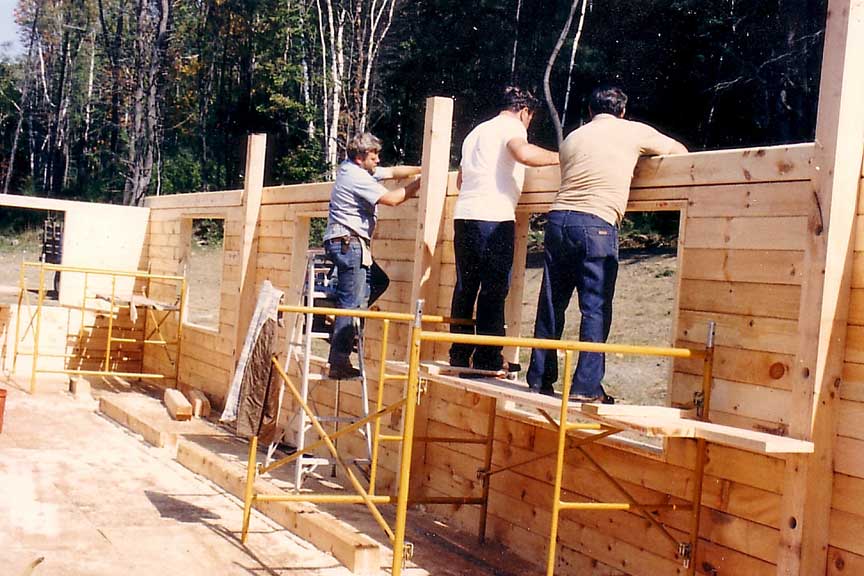 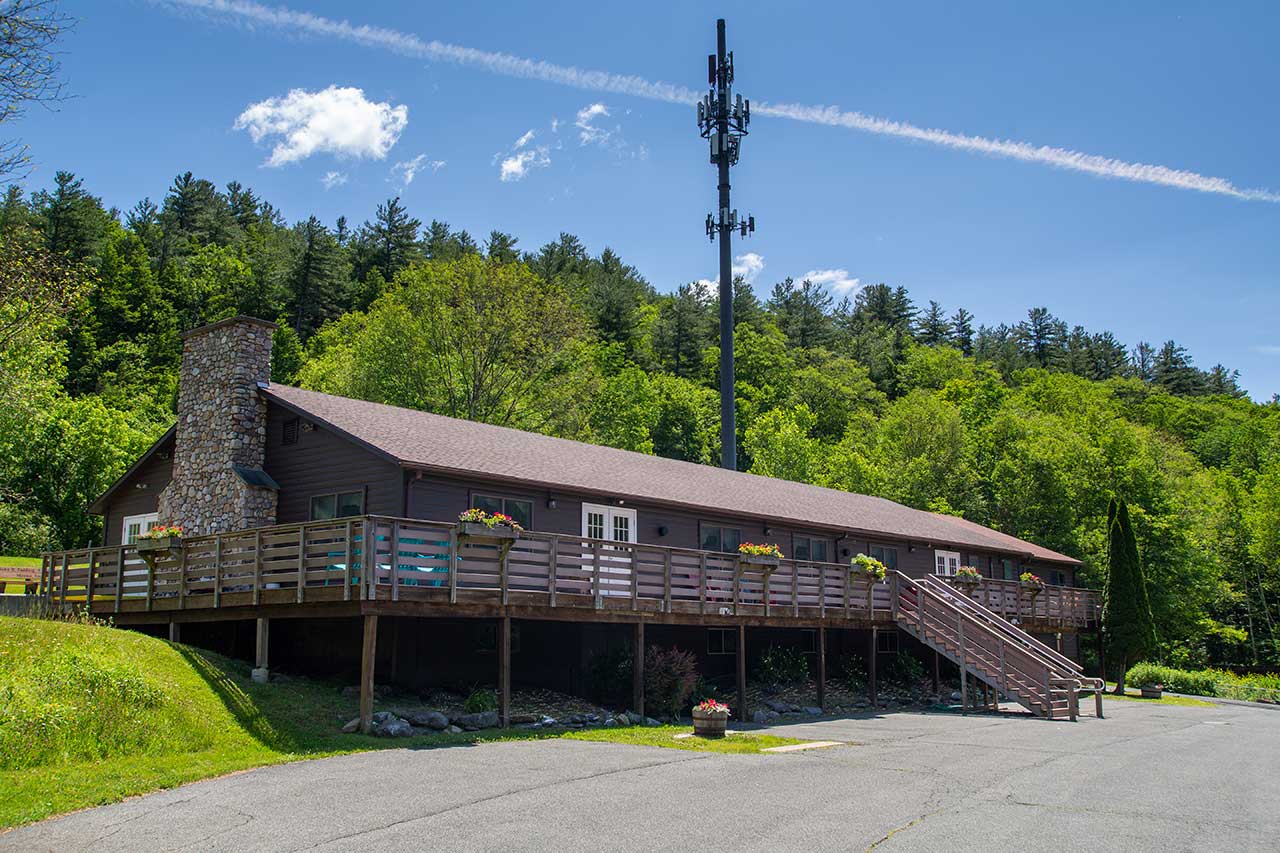 Clubhouse in 2022 with Cell Tower Behind

Our sporting facilities are open to members and their guests, and we welcome new applications for membership that are sponsored by a current member.